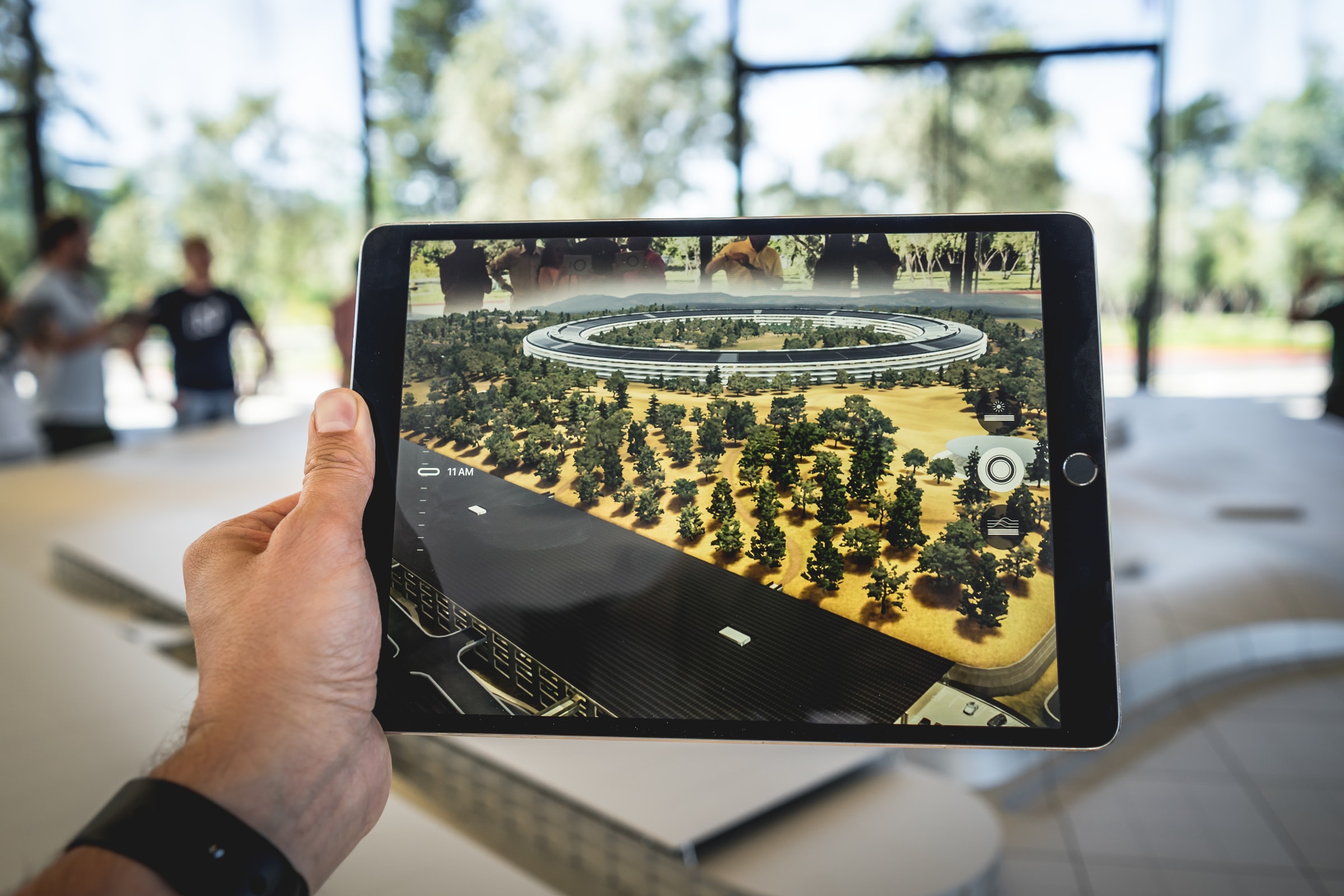 Photo by Patrick Schneider on Unsplash

If you're not already familiar with AR, here's one way to think of it: as a hybrid between virtual reality and the real-world environment.

With such a unique format, AR creators must be aware of the following UX factors at all times:

We've been talking about augmented reality -- referred to as AR --a lot recently on this blog. More specifically, we've been discussing its growth potential. Today we'll dive deeper into the specific user experience considerations of AR.

Let's compare AR with virtual reality (VR) for a minute. Virtual reality requires specialized wearable equipment, like glasses or headsets. AR, on the other hand, is compatible with smart glasses but can also run on smartphones.

All you really need is a forward-facing camera and a video display, which are pretty basic capabilities of any smartphone or tablet. The camera view allows for a first-person perspective, on top of which digital elements react in real-time.

Now, consider how the user is consuming the augmented reality content. AR implementations, like gaming or educational apps, can occur inside, outdoors, and on the go.

If they're using a smartphone, what kind of setting is conducive to that particular AR application? Is it best used in a small room with the user in a stationary position. Or would it benefit from the endless boundaries of an open field, where the user can move and walk freely?

One of the great things about AR is how it promotes physical movement. But that's also one of the pitfalls since people risk bodily harm when using it unsafely.

Since an AR app shows a first-person perspective onscreen, the user should either look where they're going or go where they're looking. That means nothing in the app should require the user to move backward.

There's two other significant safety concerns. People should never use AR on their phones while driving. It seems like common sense, but people still do it. Another problem occurs when users get so distracted by their screen that they wander onto private property or into an unsafe area. That's why creators are now including alerts that remind users to be aware of their surroundings.

What is the purpose of the application? AR has so many applications, like gaming, shopping, education, and training, to name a few. Once you've narrowed down the context and the purpose of an AR app, it's easier to determine the users' preferred device, their setting, and general safety concerns.

Because of the nature of augmented reality, a simple user interface is more important than ever. It's easy to distract users from AR content when a dozen other things are present on their screen, like text, controls, and other indicators. The best way to onboard a new user and make the experience believable is to focus on the augmented reality itself.

AR represents a whole world of possibilities - everything from small, self-contained implementations to massive, on-the-go adventures. But since we're only starting to scratch the surface of AR's potential, creators need to find the sweet spot between designing for the medium and the user.

3Digit is a small agile product design shop based outside of Baltimore, MD. We focus on designing user-centered digital products for mobile and web applications, as well as physical prototyping for early-stage startups and entrepreneurs. Our approach relies on research and rapid prototyping to help businesses turn their ideas into reality.

Ready to Reduce Your Abandonment Gap?

One Small Step for Your Business, One Giant Leap in User Retention.